A comedy performance by the great magician Kosmao

…and the stuffed fox Goupil

A comedy performance by the great magician Kosmao and his assistant, the stuffed fox Goupil.

Goupil was once just like any other fox, however, following a tragic accident, he transitioned to the role of scarf for a fashionable Parisienne lady. Now, Goupil is on the very threshold of stardom as the master magician’s apprentice, and he’s not going to stop there!

In this classic theatrical duel, the puppet will slowly steal the show from the magician. Despite the elegant atmosphere, the battle will be ruthless. 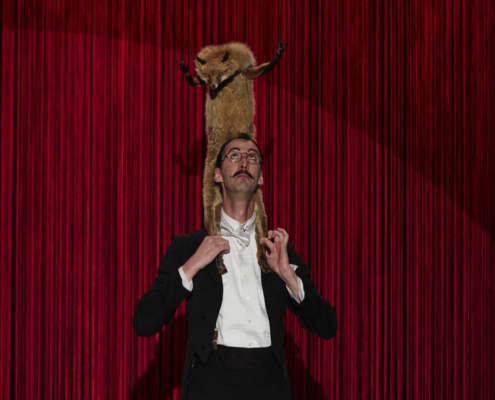 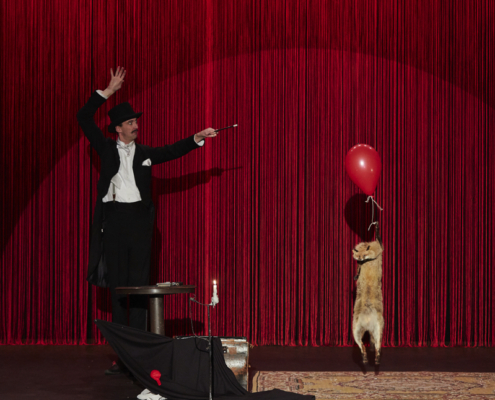 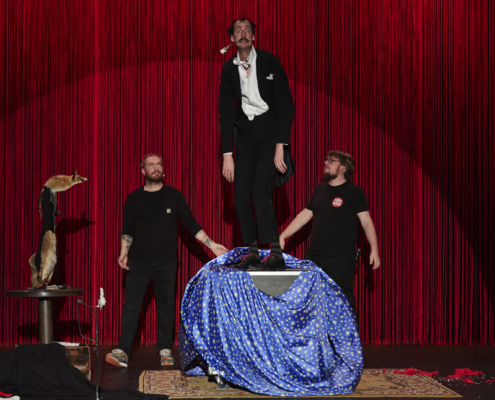 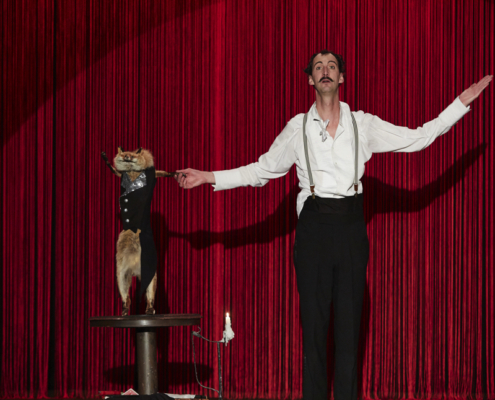 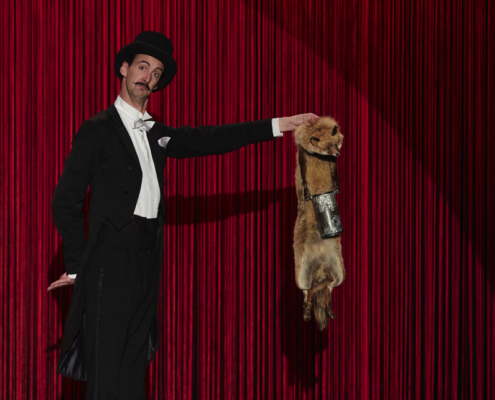